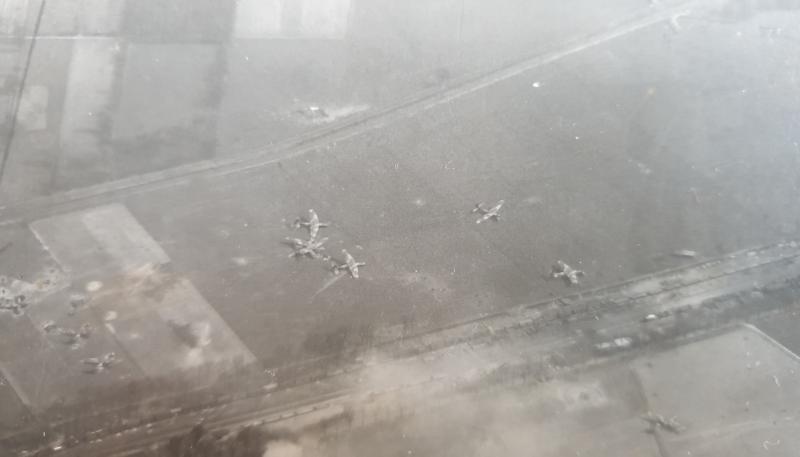 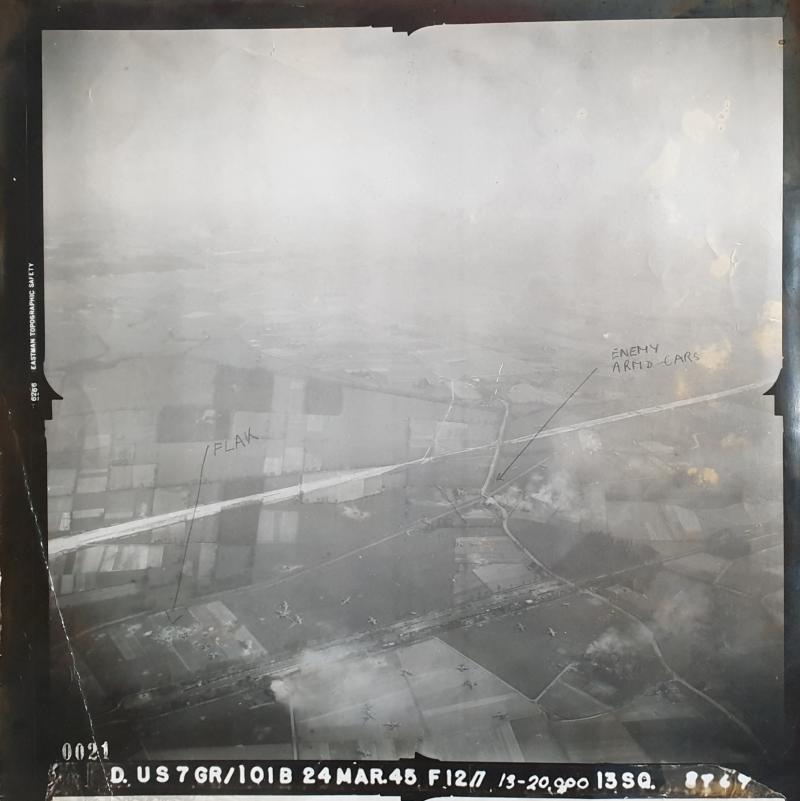 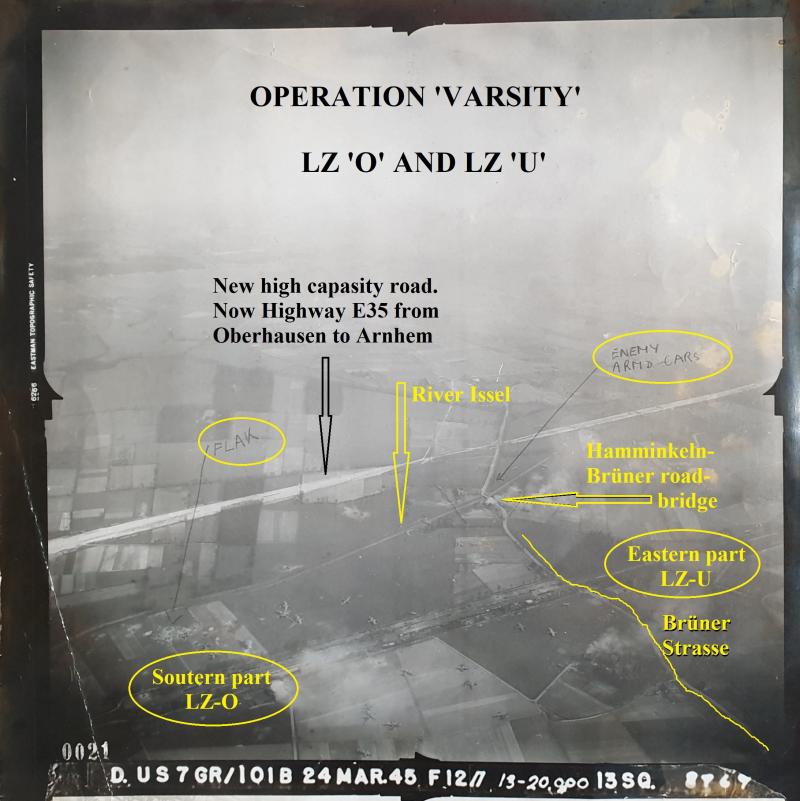 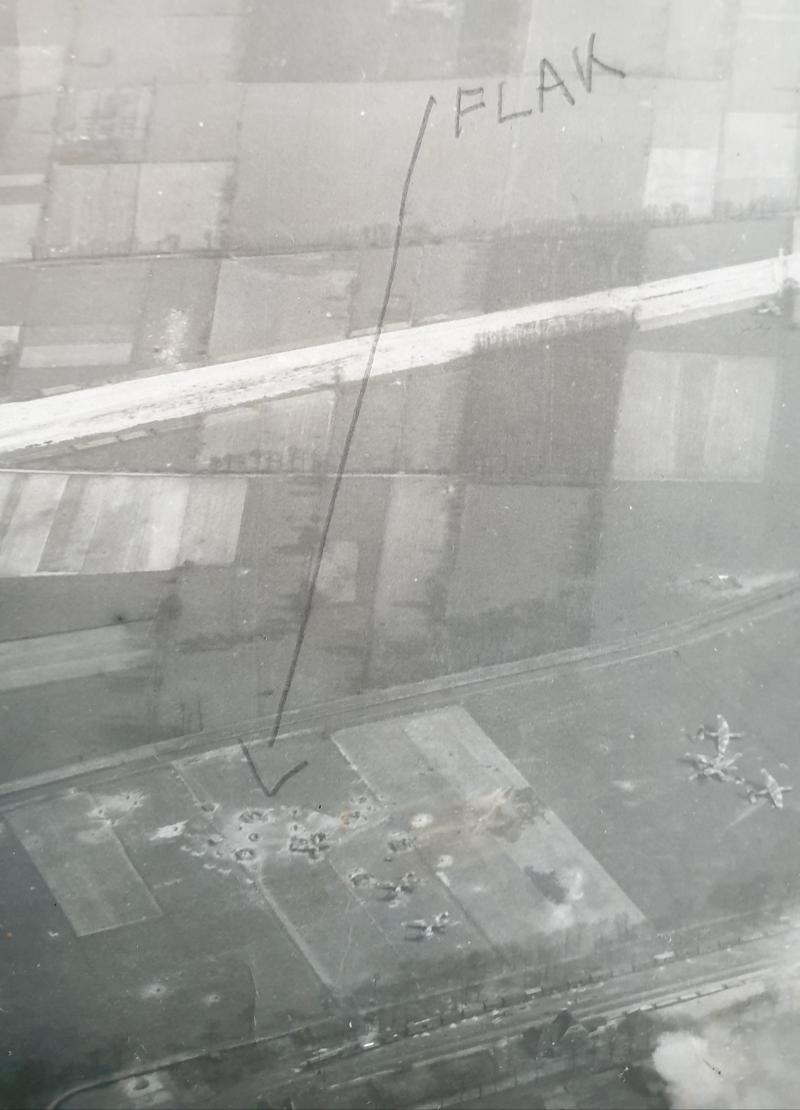 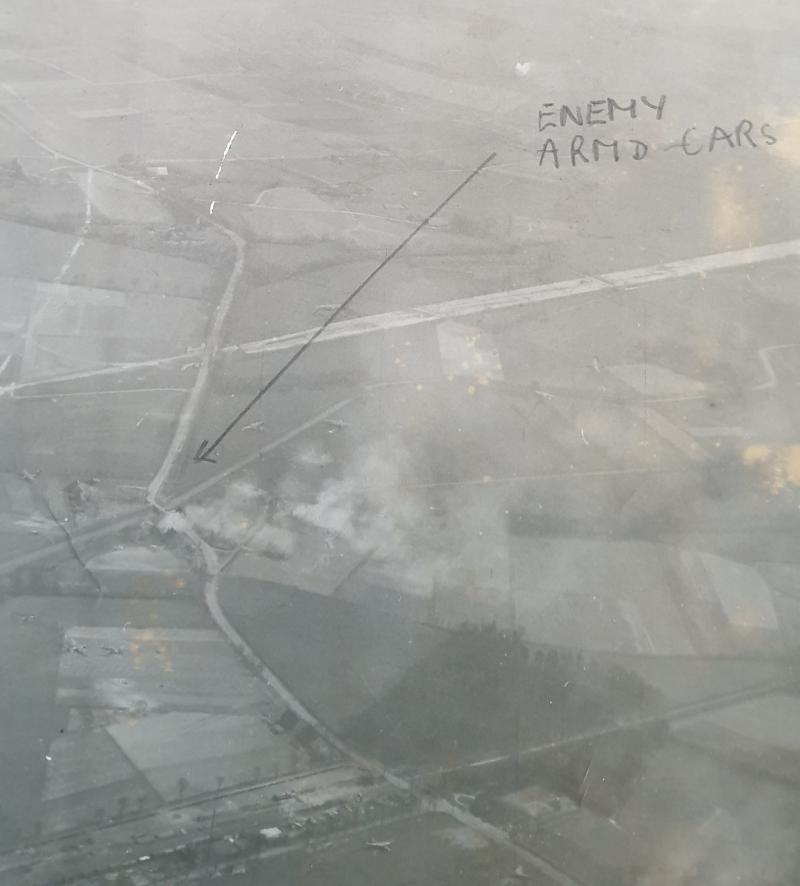 There are two indications written by hand on this picture: 'FLAK' and 'ENEMY ARMD CARS'. Both were eliminated after landing.

At the bottom of the photo is the city of Hamminkeln, it is not visible.
Hamminkeln station is visible, see indication on the second photo. This was one of the goals of 1st R.U.R.

Not all gliders ended up on the planned LZ. Many ended up in between LZ-O and LZ-U as you can see in the picture.