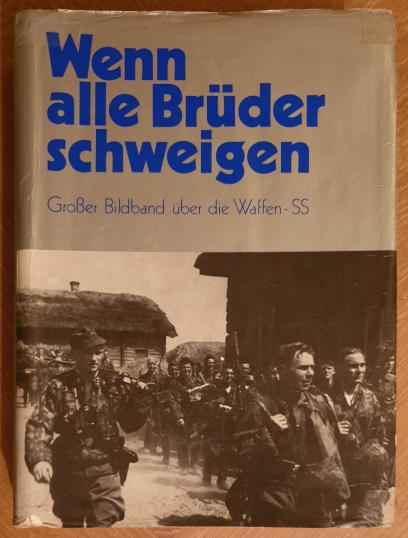 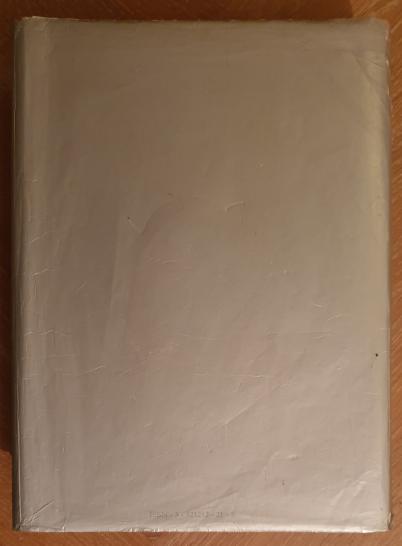 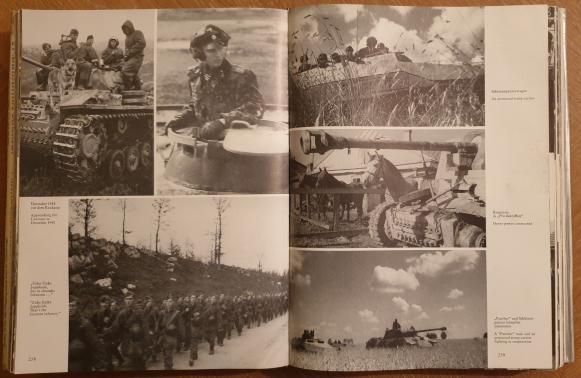 Published by the Association of Soldiers of the Former Waffen-SS.
ISBN 3921242215.
Hardcover with dust jacket. Dust Jacket in used condition with some tape.

First published in 1973, this book is the most comprehensive collection of photographs ever assembled in one volume showing the Waffen-SS in combat, and is the classic photo history of the Waffen-SS, the fourth branch of the Wehrmacht. Over 1000 photos with detailed captions in German and English chronicle the most controversial and maligned elite fighting force of all time.

From a strength of 18,000 Germans in 1939, the Waffen-SS grew in strength to over 900,000 by the end of 1944, encompassing every European nationality within its ranks. Organized into some 40 Waffen-SS Divisions, seven of them were Panzer (armored), eight were Panzergrenadier (armored-infantry), sixteen infantry, six mountain and three horse cavalry. First organized under the strictest guidelines in the 1930s, the SS-VT or Special Disposal Troops were so called because they were at the disposition of Adolf Hitler exclusively. Originally raised only from Germans, the crusade against Communism on the Eastern Front saw all European volunteers welcomed to their ranks. And volunteer they did, from every nation in Europe, evolving to become, by the end of the war, the first pan-European army, fighting on all fronts for the cause of a shared European ideal.

Numerous judgements have been passed on the Waffen-SS since the end of the Second World War. It is indisputable that many works about the Waffen-SS have been heavily prejudiced by an antipathy which is politically motivated, even among the so-called "scholarly." But an objective assessment is difficult to attain if one lacks personal (actual) experiences of the war and of the battles fought. What person can presume to understand men who were for months and even years ordered from one battle to another, each day risking their lives, unless that person has himself also known action in combat? A whole universe of experience lies between the battlefront and the peaceful struggles of middle-class existence, to say nothing of the stillness of "scholarly" study. This book answers many of the worst of the critics' accusations.

The surviving veterans themselves, who make up the Association of Soldiers of the Former Waffen-SS, donated hundreds of previously unpublished photos from their private collections for the production of this book. This was done in order that the reader might "walk among the soldiers" as they performed their numerous duties under all conditions and circumstances, mostly in combat. This book of photos shows the way the men really were then, fifty-five or more years ago. At the same time, the pictures convey impressions of the extraordinary historical events in which the men found themselves as front-line soldiers in the most intense struggle in military history. At the forefront of all fighting fronts, no military organization has ever covered itself with such glory, and paid so dearly for it. Over one-fourth became casualties during the war, with countless others added to the list after the war in retribution by vindictive victorious enemies whom they had bettered on the battlefield. It is difficult to imagine such a combat record ever being equalled. This is that record, in over 1,100 photos, with detailed captions.